An inspiraled gig with Dodgy in Bury - BAck To BAck

So BURY @themet was the second of the BACK TO BACK Tour dates with DODGY and what a night - we are getting to grips with playing all the songs from both our most recent album Stand Upright In A Cool Place and The Dodgy Album and even  'As My Time Goes By' our personal bugbear remains on the set list, stubborn little fella that it is.

Once again Dodgy were quite humbled by the audience reaction, which is proving to make this seem not the mammoth task it appeared when we began. Although we have been painstakingly clear what the Back To Back Tour is all about and how beyond focusing on those two albums we simply don't have the time to play many more songs, we might expect to hear at least one heckle of dissent, a jarring "Grassman!" yelped from the back but as yet the crowds have been lovely, so thank you. 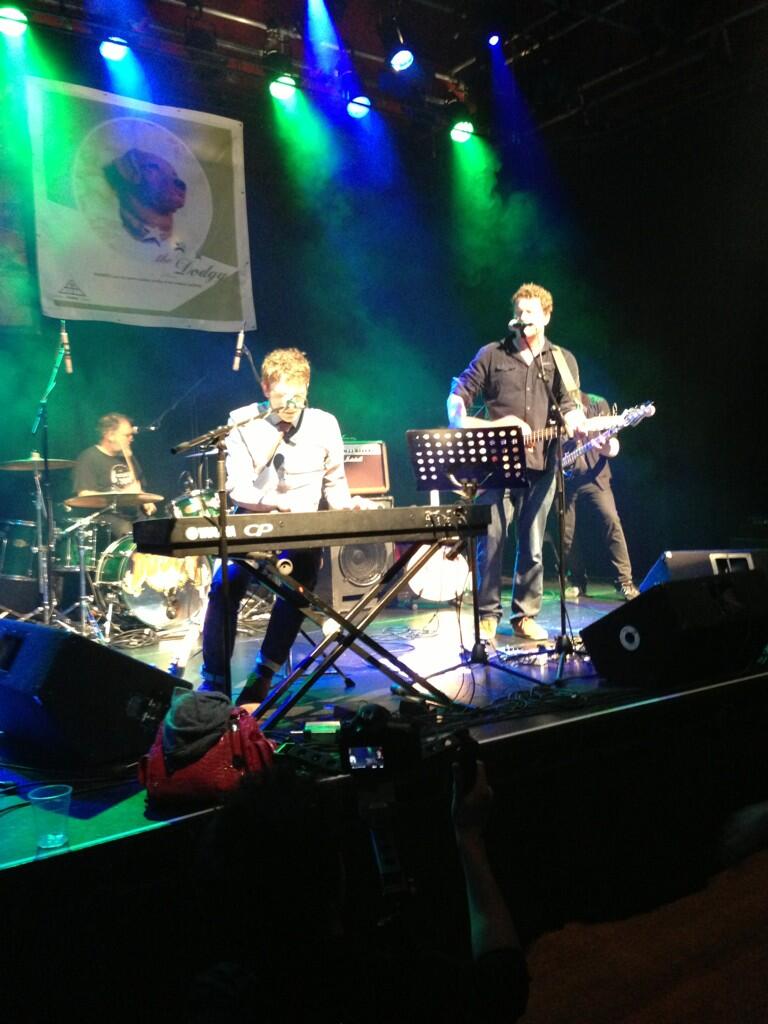 Last night's special guest was Tom Hingley (@tomhingleymusic), a proper gentleman he was too and a great pleasure to have play with us. Tom played an impressive set of his own songs before our first set and then jumped back on and played a few Inspirals hits before our second set of The Dodgy Album songs. Listening to you lot sing along to Tom performing This Is How It Feels To Be Lonely was a special moment - thank you Tom.

After the two albums there was enough time and feedback from the audience for us to play Good Enough and Nige wanted to play If You're Thinking Of Me which we did and an inspired choice as it went down a storm. Song of the night had to be 'Only A Heartbeat' from Stand Upright In A Cool Place though. For those that didn't manage to catch the video for this song when it was released as a single check it out below.


So all in all a great gig in Bury and thanks to Jane Lavender (@janelavvieBN) @TheBoltonNews for the Twitterpic of last nights gig above and this smashing hot off the press REVIEW:
http://www.theboltonnews.co.uk/leisure/boltonmusic/music_reviews

Tonight (Fri 10th May) we expect even bigger things from Cannock and there's a rumour that  Jon Brookes from @thecharlatans might be popping down, who's new documentary #MountainPicnicBlues about the making of Telling Stories we are looking forward to seeing very much.
This just gets better and better - hope to see you at one of these shows soon