This post comes as a special Podcast from Dodgy drummer Math Priest for your listening pleasure, including EXCLUSIVE first full plays of two NEW TRACKS from Dodgy - get listening and feedback is always appreciated.

Math introduces the two new recordings from Dodgy, part homage to Northern soul music, to be released in October as a limited edition 7-inch single.
There are details of the launch event in Wigan (where else?) at the Monaco Soul Club on Saturday October 20th - it's going to be a party.

The podcast details Dodgy's relationship with Northern Soul music; Math who has form in the genre/presenting, with the show 'Where's Wigan?' he presented and programmed for GLR radio in London.
This summer, amongst a full festival date sheet, Dodgy included a couple of scooter rallys and as well as playing 'The Snake' by Al Wilson, recorded by Dodgy as a b-side to the single 'Melodies Haunt You', thought it would be courteous to throw in other Northern covers including 'Do I Love You (Indeed I Do) by Frank Wilson.
Math and Andy Miller guitarist with Dodgy, also have a side project The Soulwinners with Vanessa Best from Ultrasound (who have their own fantastic new album out soon @Ultrasoundband ) and she contributes backing vocals on these new tracks.

The podcast includes Math's brief (but by no means definitive) background to Northern Soul and points out that that the Frank Wilson version of 'Do I Love You' on Motown is one of the most sought after Northern singles. 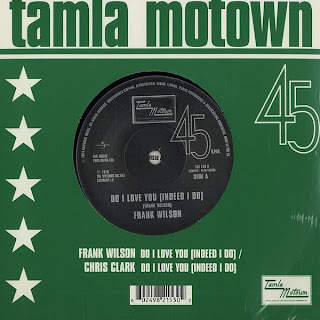 We also big up a new British film Northern Soul ( @nsoulthefilm ), directed by photographer Elaine Constantine currently filming in the North West and the connection with Wigan Young Souls.

The podcast includes the first play of a new song written and recorded by Dodgy influenced by Northern under the working title 'Wagon Wheel' - WARNING: That title might change but we like it for now ;-)

Listen to Math's podcast, spread the word and RSS (however that spreads) and see you in Wigan on October 20th, tickets are going fast
Podcast MP3 link
www.dodgyology.com