Thank U Lomax (@LomaxLiverpool)
thank you Cockpit (@CockpitLeeds)
thank you Merseyside
thank you Yorkshire
thank you alcohol.
Well we gave it a go but it doesn't have the same effect of that shonky Alanis Morissette (@morissette) song does it?

And so the Dodgy machine rucked and cajoled past the finishing line of the first leg of our Back To Back Tour last weekend; the tour where we have set ourselves the challenge of playing not one but two albums in their entirety - the latest album Stand Upright In A Cool Place and our debut The Dodgy Album celebrating it's 20th anniversary this year.

LIVERPOOL and LEEDS what a tremendous couple of gigs you were too (the gloriousness of which we can probably slip in as an excuse for the delay in updating this post). 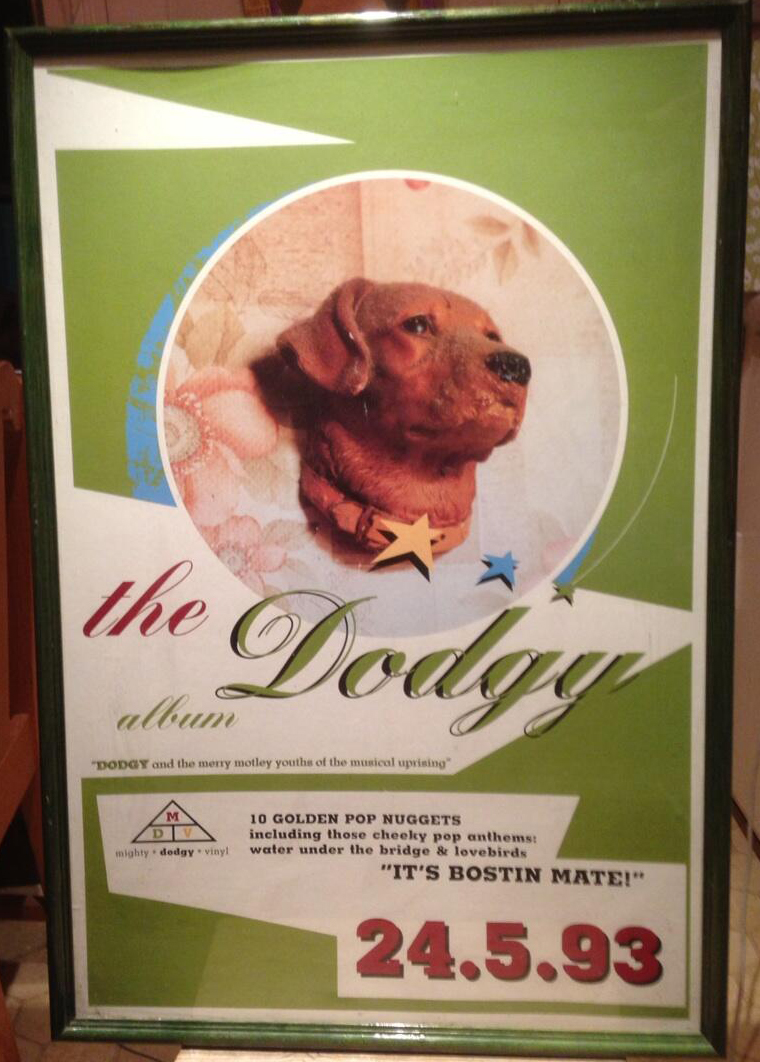 Such is our attention to detail that we made sure that it was these two cities, the first that really took us to their hearts back in the beginning, that we came to nearest this date in May.
Because May 24th is the actual 20th Anniversary date when our first album The Dodgy Album was released - and you know what our memories are like, there is no doubt about this because we have the original poster confirming this (see poster pic on left).

When arrived at the Lomax in Liverpool we were greeted by Frank Hedges, the manager, with open arms saying 'WELCOME HOME!!'. 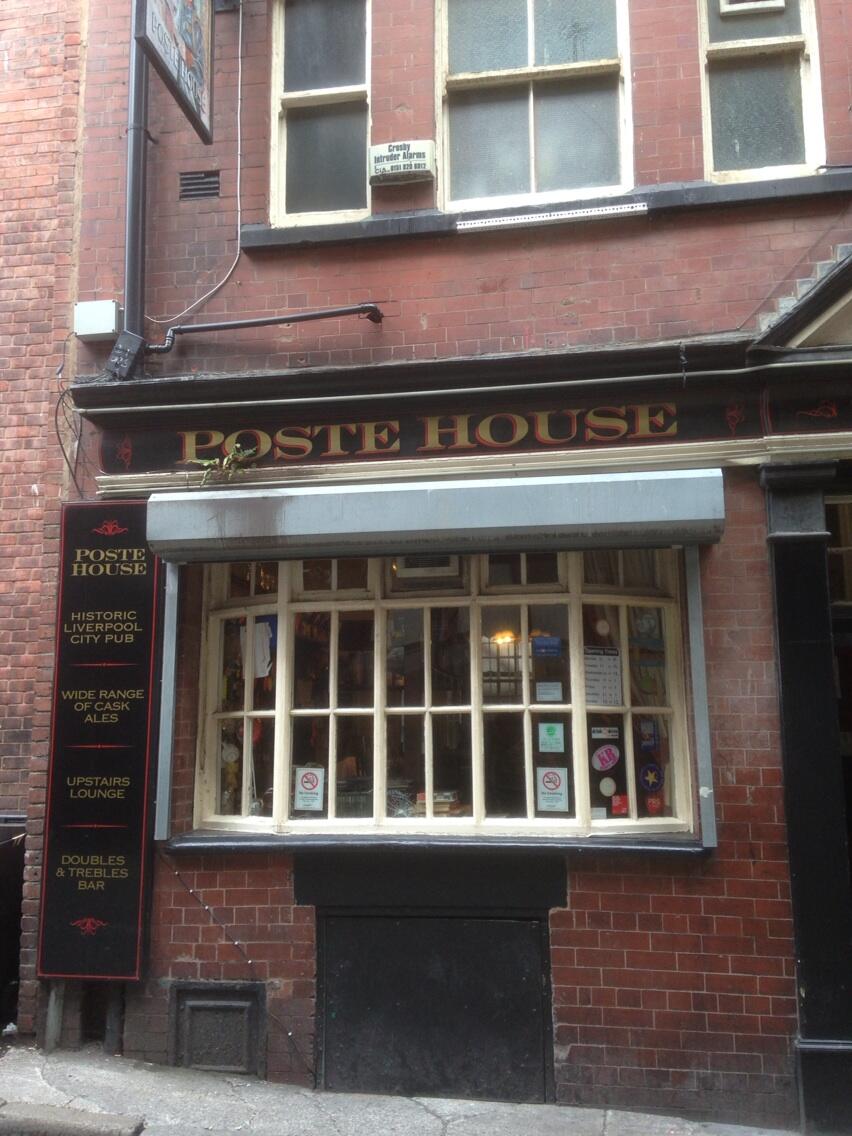 Well it could only go one way. The Poste House pub opposite the Lomax is now officially Dodgy's Favourite Pub In The World - Half past three on a Thursday afternoon, rammed full of lovely, tiddly pensioners singing and dancing along to Tony and Tony - The Two Tones playing saucy old tunes. Maybe £1.40 a double had something to do with it. It could only go one way.
We had a great time and many thanks to Frank for this lovely Facebook post which says it all really


"nights like last night make it all worthwhile. The Dodgy gig was amazing. The love in the room was awesome. I have all the time in the world for those gentlemen, low maintenance and high yield."

Aw ...and reciprocated in buckets Frank our friend... and he continued


"The after madness was as good again with Nigel doing an acoustic set downstairs as well.... after a two and a half hr set.... diamond. I must thank Math for trying to impart some undoubtedly sound advice but... the road less travelled my friend......... thank you for the sentiment with which it was give."

And finally there are many unsung heroes in the Dodgy camp but he even noticed and gave good words for...

LOL .. and how true and very well deserved and nice to have in print.

So Liverpool was magnificent but it seems like LEEDS and promoters @GehoEvents might have had Gig Of The Tour (so far) lying in wait for us at The Cockpit the following night and Dodgy were refreshed, up for it and getting in our stride.
It seemed like we'd finally got it right.

Firstly a special mention must be made to Johnkneem who supported us. The note on his Facebook page says it all "Flight Instructor career curtailed by unfortunate bout of lung cancer. Back to song-writing it is then!" - it was his first ever gig apparently and the boy did well.
We are fully aware that this tour is a tough sell. Setting the parameters of our nightly set list by playing one entire album of new material followed by a complete rendition of the least commercially successful of our three albums but the response has been great, especially to the new album songs and there are more in the wings, we are enjoying a rich vein of writing at the moment we can't wait until sooner rather than later we can record those and play them live. 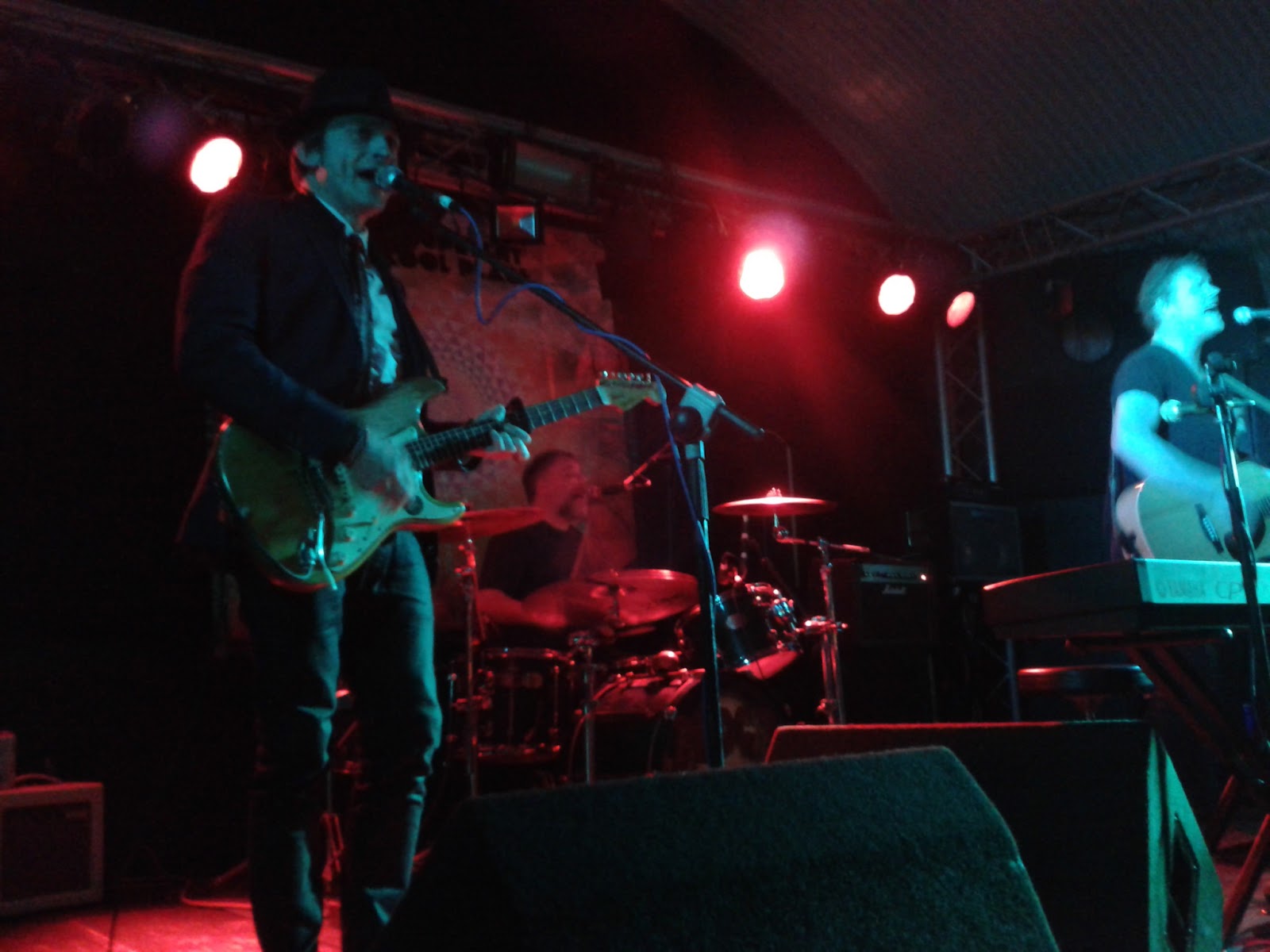 The way this tour has gone (as you might glean from previous posts) we were a bit nervous about the challenge and just about getting through it but in Leeds everything seemed to flow and the audience with us, even 'As My Time Goes By' from The Dodgy Album conducted itself in a tuneful becoming way.
By the time we got to the encore in Leeds we were definitely in the moment and slipped into our version of Frank Wilsons 'Do I Love You (Indeed I Do)', the song we recorded for our limited edition northern flavoured single last year and then finally 'Good Enough' - exhausted ...but boy what a gig
- thank you Leeds and a mention for the nice review in the Yorkshire Evening Post from Duncan Seaman (@DuncanSeamanYEP) with what look like some stunning accompanying live shots from Anthony Longstaff (@_alphotography) (one pic purloined below - we'd like to see more) - we really appreciate this recognition of our new songs and the only reason there are not more 'hits' played on this tour is purely the time constraints/curfews set by playing two other albums in full.

So took us a bit of time to post this and now we are in the midst of our Scilly Isles and Cornwall adventures but will save a report from here until later.

Next week the Back To Back Tour resumes at Bideford in Devon at The Palladium  and then the tour winds up in the North East - Whitley Bay and Hull at the end of June (we're also playing Stockton whilst we're up there)
Looking forward to it... on a roll...